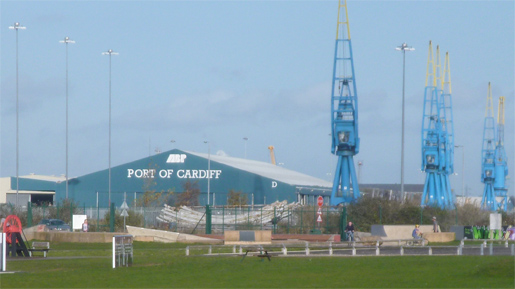 Wales has been in the news a lot recently and the biggest event of all was the NATO summit which was attended by the Obama of the U.S. Such events certainly help to brand Wales as a place for doing business and as a country to do business with. One important country for the future I think you will agree and already appreciate, is China and the Chinese market.

Links between Wales and China for business and trade are already being developed and through the British Chamber of Commerce in China, there is a lot of great information and useful resources on which to draw, as a Welsh company looking to import or export from or to China. The BCCC have been helping business (such as introducing Welsh food into China). The size of the Chinese market makes it one which is full of opportunities but certainly with its complexities such as because of the language and the way of doing business in China. Chinese business culture is very different from Wales as I explain below.

The rise of the Chinese economy in the last decade has been impressive to watch and now the world relies on Chinese imports as a global economy. If you have ever wondered why so many countries have debts and who they owe money to, if they all seem to owe money, look no further than China to understand who the creditors are. The Chinese market is an important one and offers a great opportunity to those of us based in cities such as Swansea, Newport, Cardiff or who are based in West and North Wales. If you are looking to expand into the Chinese market or visit China though, there are some cultural points worth considering and several things you can do to increase your chance of getting a deal done in China.

Finalizing a Deal - A strange way of completing a deal from a Western perspective, but an important way in Chinese business culture, is to seal the deal with heavy drinking. Yes, you read correctly. The idea is that you only really get to understand the executives you are dealing with and planning to do business with, by seeing the other when they let their guard down. Many Chinese companies hire professional drinkers and hand them senior titles and their job. This is very similar in South Korea which is heavily influenced by Chinese business, a country where I spent two years working (in the area of Seoul). You do not necessarily have to worry per se about this custom because this is more so between Chinese and other Asian businesses, but it is a custom which if you can match, can be surprisingly influential. This custom is still very powerful but not one you often read about. Having lived in Korea and China though and dealing with business professionals, I can assure you that this is important.

Basic Customs - Although not absolutely necessary, even learning and understanding some basic customs, can really make a significant difference. In China for example, ones age is essential with the idea that you must respect elders taken quite seriously. If someone is two years older than you,you should not raise your glass higher than theirs when clicking drinking glass. It would act as a sign of disrespect.

A book such as Culture Shock! China which you can buy on amazon.co.uk and read whilst on the airplane in two to three hours can be sufficient to quickly learn what you need. The process of learning need not be too time consuming or costly.

Wales and Opportunities in China

As mentioned in part above, the diverse range of cultures that comprise Chinese society, means that they have a desire and interest for a variety of products and services. Wales main exports at the moment include:

There is little that the Chinese market is not open to, with consumerism at levels unseen in the past. The aforementioned British Chamber of Commerce are certainly a great starting point if you are looking to evaluate the Chinese market for its potential as a marketplace for your own specific products or services.