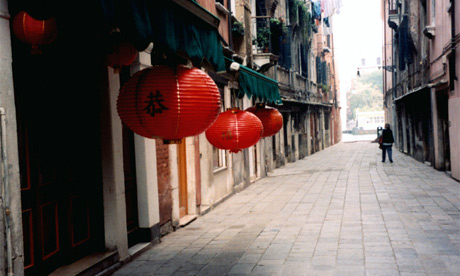 At present, global industry trends indicate that the Chinese market is set to become the second largest economy in the world thus presenting excellent opportunities for investors and entrepreneurs from all over the world. The country’s GDP in 2007 was well over US$7 trillion in terms of purchasing power and in the same year, it had a nominal GDP of US$4.2 trillion as its exchange rate which put its economy in third place after Japan and the US.

Investors should consider the Chinese economy as a good business market as the country recorded the fastest economic growth in terms of GDP in the past 25 years, with its GDP growth rate being consistently over 10%. The per capita income of the country has also grown by over 8% every year for the past 30 years and its export and import volume was noted to have increased by over 30% in the year 2007.

Possibly the most important move by the Chinese government to attract foreign investors is their “Four Modernizations” policy. With this policy, the government has paid special attention to industry, agriculture, science and technology and defence. This move has made it possible for China to contribute over 12% to the world economic output and has also opened up a number of important investment opportunities for the discerning investor in these areas. Learn more about Business opportunities in China.

At this time, China is the largest producer in the world of rice. Apart from this, their agricultural output for peanuts, tobacco, wheat, corn, cotton and soy beans are among the largest in the world. The country’s economy was once primarily agrarian and as a result there are a lot of opportunities for investors in the field of agriculture.

Another suitable area for investment involves exporting of raw materials and industrial development as the country produces a number of mineral and industrial products such as tungsten, cotton cloth, crude oil, antimony, cotton yarn and coal. Although China is still developing in terms of mineral production, the region has sophisticated facilities and engineering plants capable of a good output should investors choose to back these industries.

One of the country’s biggest assets is their manufacturing industry and this area offers plenty of scope to investors as well. Since labour is fairly cheap in China, the region is able to produce large quantities for lower costs thus presenting several opportunities for foreign investors eager to set up a manufacturing plant in China.

The Manufacturing Industry in China

When deciding to manufacture a product in China, the first thing that you will need to do is to search for a local supplier that is best suited to your needs. This involves gathering information and contacts, which can be achieved by using your business contacts, visiting various business forums and general networking. It is then important to establish a business relationship with the supplier and figure out how they manufacture goods for export purposes and how long they have been in the business. You will also need to verify their business reputation which can be done by checking with other manufacturers of similar goods to see if they have used the suppliers you are considering. It is also important to get an initial quotation from each of them.

Once you have gathered a list of reliable local manufacturers and suppliers capable of meeting your needs, you will need to decide on one, this can be done by negotiating prices and benefits. It is also a good idea to emphasize your needs and find out if they truly understand the requirements.

The quotation must then be scanned to see if the agreement is suitable to your company. You will then be able to choose the manufacturer that is best suited to your needs. Most manufacturers in China are open to what is called a sample production. This is a small trial run of the actual production and is crucial for goods that require some amount of sophistication in the production. Sometimes, there are a number of test runs that the manufacturer must make before the product reaches acceptable levels.