5 Products worth Importing from Brazil

Brazil is one of the biggest producers of coffee in the world and has become one of the top producers of speciality coffees in recent times as well. There has been a huge improvement in the quality and diversity of coffees produced in the country since the early part of the 1990’s when the old quota system was abolished. This reform has allowed the huge amount of different coffees to be bought as a stand-alone product, not just part of a blend. 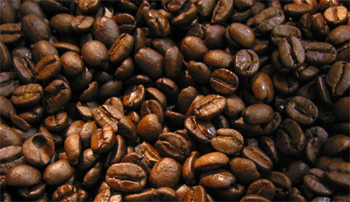 Brazil is one of the largest cotton producers in the world, harvesting nearly two million tons of cotton every year. Brazil is the 4th biggest exporter of cotton in the world, and with prices on the low side it makes it a good commodity to import.

Brazil is one of the top producers of textiles in the world and the textile industry accounts for nearly 2 million jobs in the country. There are nearly 30,000 textile firms however just 3 make up 50% of the country’s entire production. Products that can be purchased include weaved, knitted and sewed materials.

There have been several oil fields discovered in the waters around Brazil over the past few years, turning the country into an emerging power in the global oil market. Tupi oil field was found in 2006 and is believed to be the largest discovery of oil in the western hemisphere in the last 3 decades. Then in 2008 Jupiter field was discovered with a reservoir of lighter oil, however just as large as the Tupi site. (More about moving oil equipment and freight).

Iron is used to make steel, the most commonly used metal in the world, with is being used in engineering, vehicle production and other forms of machinery, with iron ore being the primary component in its production. Brazil is one of the world’s biggest producers of iron ore and with Australia make up nearly 75% of the world’s seaborne market.

You can learn more about business in Brazil online through the EU trade Brazil page. You might also be interested in Offshore Brazil. Find freight rates to Brazil. heading to Brazil - you might want to visit the Kitchen and Bath Expo in Brazil.

Return to Articles page or to the 2011 Freight articles.